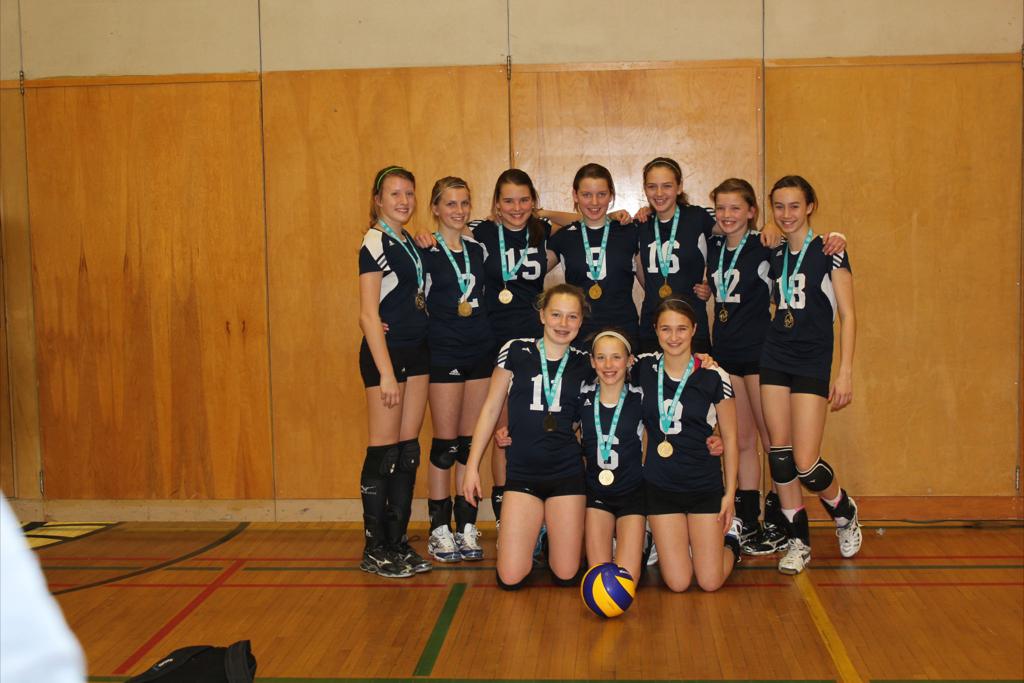 The Woodstock Warriors 14U girls team won their 3rd Gold Medal of the season with one Silver in the 4 OVA tournaments. The Warriors were back in form after getting a Silver in the Championship Divsion the tournament before. Woodstock was suffering from many nagging injuries. The win will give Woodstock likely a #1 or #2 ranking going in to the Ontario Championships out of 102 teams in the division. (depending on what happened in the East) In 3 of the 4 tournaments Woodstock did not lose a match and in the last one did not lose a set. In the quarter finals Woodstock beat Forest City Green (London's top team) 25-9, 25-17. In the semi's Woodstock faced Burlington Blaze and won 25-22, 26-24. The finals were a re-match of the 3rd tournament of the year pitting a good Georgetown Impact vs. Woodstock. This time Woodstock eager to avenge the loss to the only team that took a medal away from Woodstock this year won in straight sets 25-17, 25-20.