Mady Timpany and Janelle Albert (Georgetown) win the 24U Championship Division tournament this past weekend. 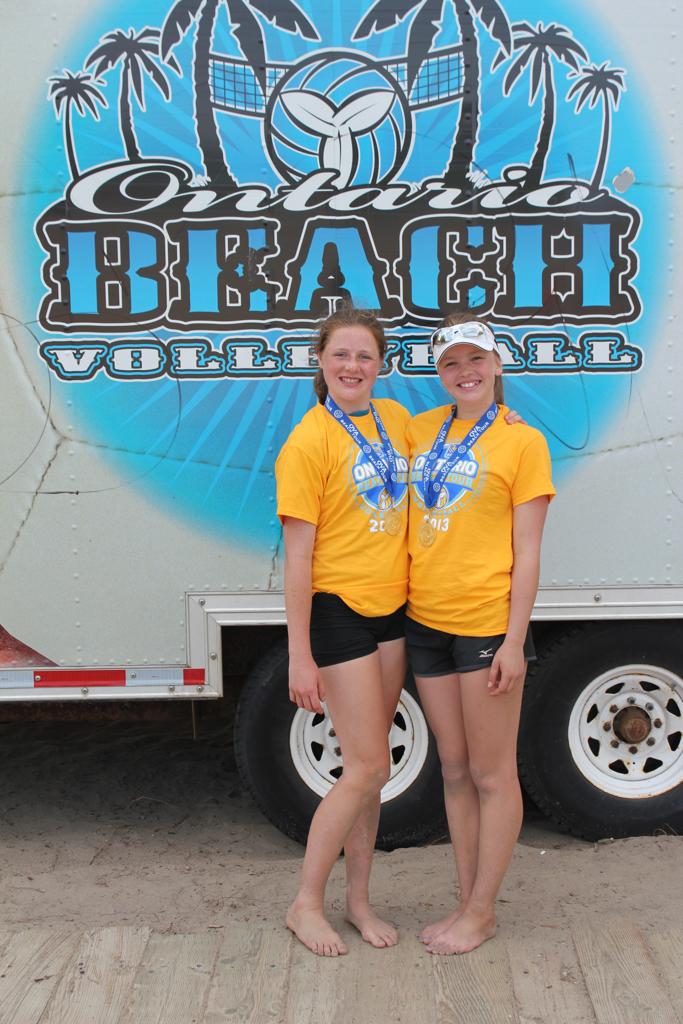 This past weekend Mady Timpany (Woodstock) and Janelle Albert (Georgetown) went into the 24U (Youth Open Division) OVA Beach Volleyball tournament at Ashbridges Bay in Toronto. The two 14 yr. old's have won Gold in their first two 18U tournaments in Championship (2nd highest division) then Premier (highest) going 11-0 in matches so far this season. This past weekend at 24U Albert/Timpany finished first in their pool of 4 going 6 sets to 0. Finishing first in their pool gave Albert/Timpany a bye to the semi-finals and their toughest challenge yet. The girls would have to play Kelly Bishop and Katie Hagarty who are both 3rd yr starters for Queen's University which finished 4th in the OUA in the regular season. Katie Hagarty a very accomplished beach player who won a Ontario Championship 24U Silver Medal with her younger sister in 2011. Hagarty and Bishop shot out to an early 6-1 lead rattling the young 14yr. old's but Timpany/Albert fought out of the hole and squeaked out the first set 21-18. In the second set Albert/Timpany stayed in control from the beginning and won 21-13. The results moved Albert/Timpany to 16-0 for the season at 18 and 24U and will qualify the pairing for the highest 24U division (Premier) this weekend in Cobourg.