Where are the Former Warriors now 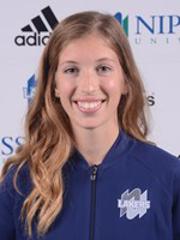 Tracy Hammerton was a Warrior from 13U-17 and was part of the first Woodstock team ever to make Division I Tier I and first Warrior team to play in Premier.

Tracy is currently studying Nursing and is in her 4th year at Nippissing University.

Tracy is also top ten in the OUA in each of Kills, Kills Per Set and Total Points!